⏩ Act fast: How groups are responding to Justice Ginsburg’s death

On Friday, September 18, we were all stunned by the news of Supreme Court Justice Ruth Bader Ginsburg’s passing. Justice Ginsburg was a trailblazer and a true champion of civil rights and gender equality – and like so many others, we’ll be mourning her loss for quite some time.

While many of us continue to process her death and its aftermath, organizers have been working quickly and tirelessly to ensure that both her legacy and “fervent wish” to not be replaced until after the inauguration are honored. 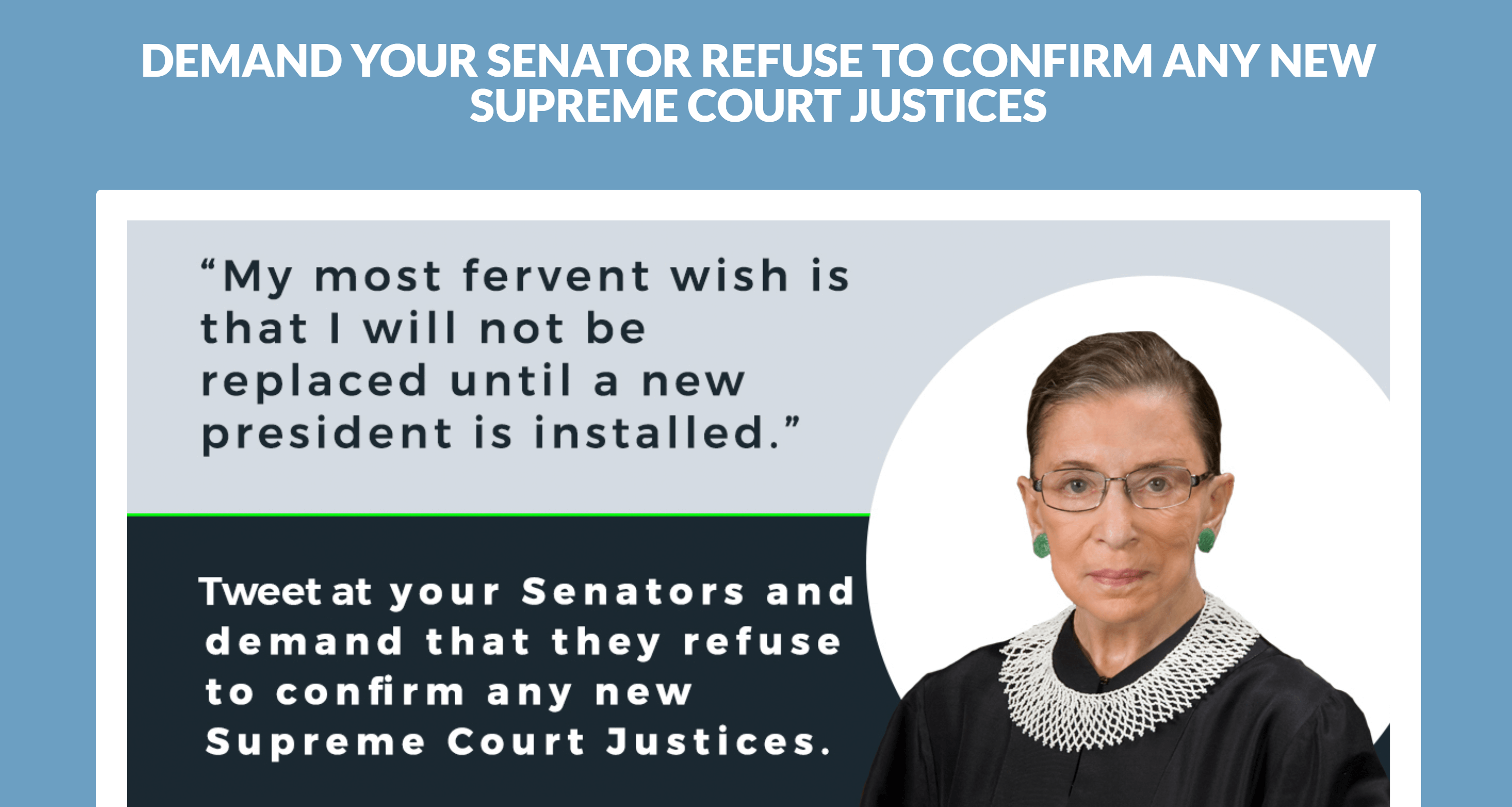 We were inspired to see Sunrise Movement launching a new campaign within minutes of the news breaking, followed shortly afterwards by Color of Change and Indivisible Project (which launched both tweet and email actions).

That means that each and every Senator has been on the receiving end of a flood of messages virtually since the moment the devastating news broke.

While it’s still too early to see how Senators will act, Trump’s official nomination of conservative extremist Amy Coney Barrett means our collective voices have never been more urgently needed.

But we’re heartened to see that – in just a few days – tens of thousands of people have already used multi-channel digital tools to contact their Senators, demanding that they hold off on confirming a replacement for Justice Ginsburg until after the inauguration. 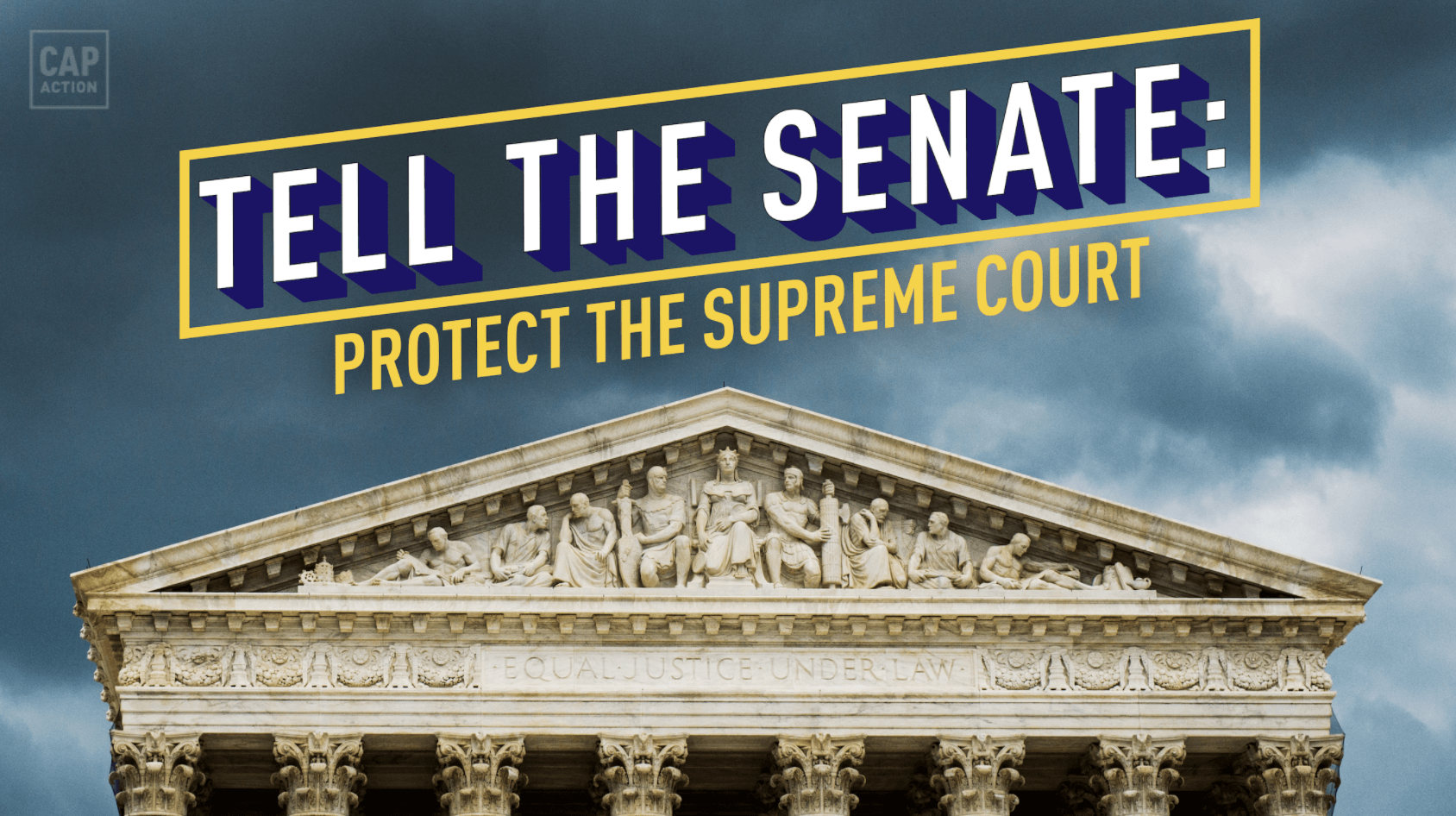 Rapid response might not always feel easy or possible – especially during times of mourning and crisis – but here are some takeaways from the weekend after Justice Ginsburg’s death:

In particular, we love seeing how groups are launching multi-channel campaigns, from the tried-and-true email and petition tools, to the highly effective tweet storm and one-click calling actions. That’s ultimately how our voices on this issue – and any issue – will stand out: by flooding all the channels decision-makers pay attention to.

Demand Justice's rapid response included buying the amyconeybarrett.com domain, which leads to their campaign against her rushed confirmation.

With Justice Ginsburg’s passing, the stakes of the upcoming election have gotten even higher – but we can work together right now to turn the tide away from division, hatred, and bigotry, while also honoring her incredible legacy.

We know that campaigning can feel overwhelming in the midst of so much uncertainty and anxiety ahead of the most critical election of our time. Let us know how we can help! 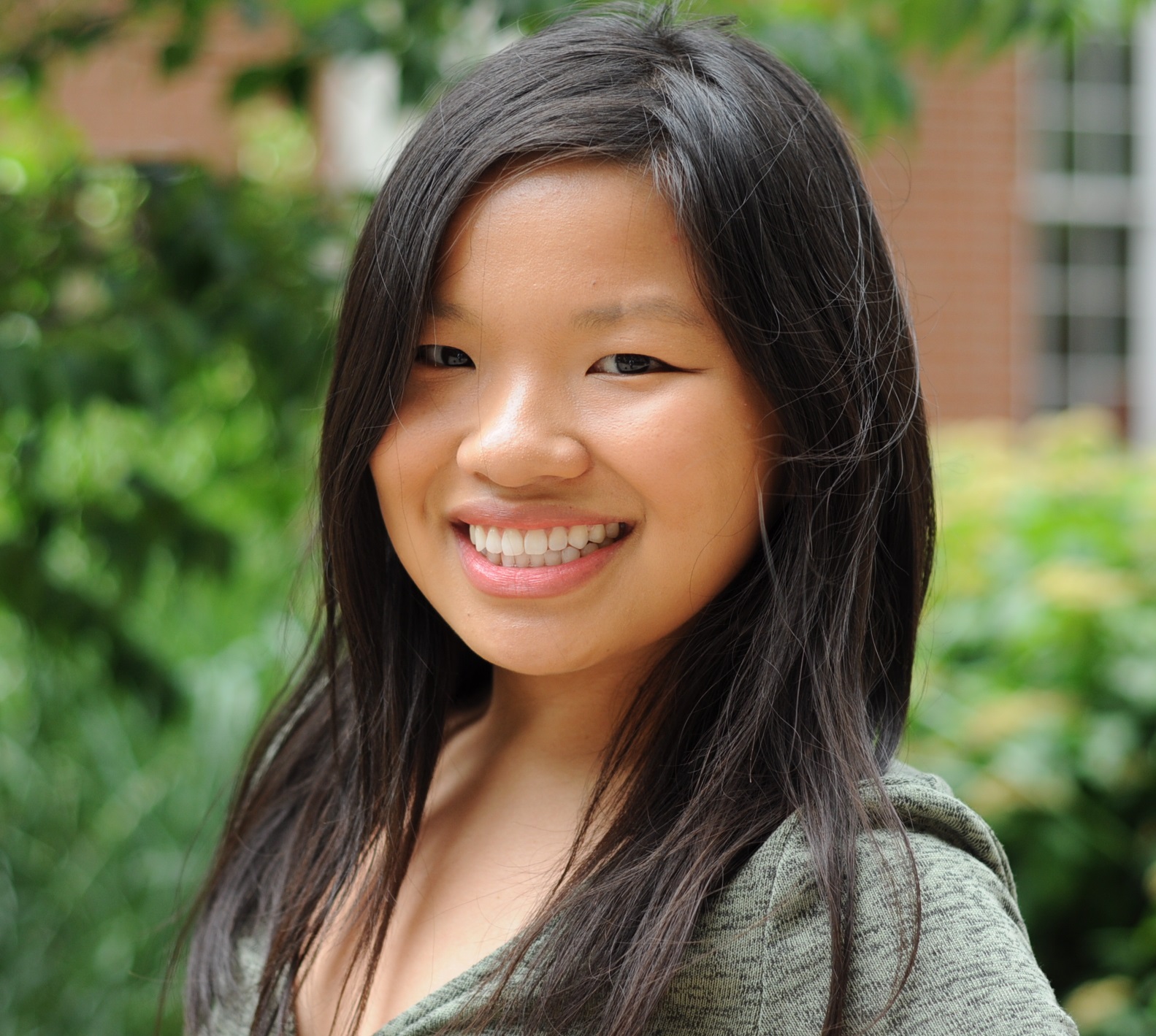