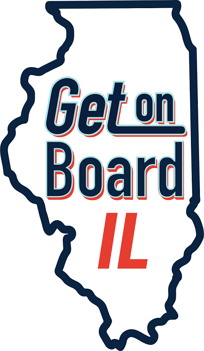 Every day, millions of Illinois residents depend on safe, reliable trains and buses to get them to where they need to go. Yet the safety and reliability of the Regional Transportation Authority (RTA) transit system has suffered in the past from a lack of critical investments, culminating at one point in $30 billion of unmet high-priority projects.

Years of inadequate funding resulted in transit service that was slower, more crowded, and prone to breakdowns, negatively impacting both the economy and rider experience. It was unsurprising, then, when riders started asking the RTA what they could do to express their concerns and support for better transit funding.

While the RTA’s needs were great, the political will needed to commit to transit investments was lacking. In fact, the State of Illinois went more than a full decade without passing a bill that would help fund projects to improve transit stations, buses, and trains.

Recognizing that their voices were much more powerful together as part of a single, targeted mobilization effort, the RTA launched its Get On Board Illinois campaign to make it quick and easy for their riders to contact decision-makers.

Using two New/Mode-powered actions — a sign-up form and Tweet Action — riders were able to contact their State Representatives and Senators with a click of a button to demand a capital bill that would address years of chronic under-investment in public transit. 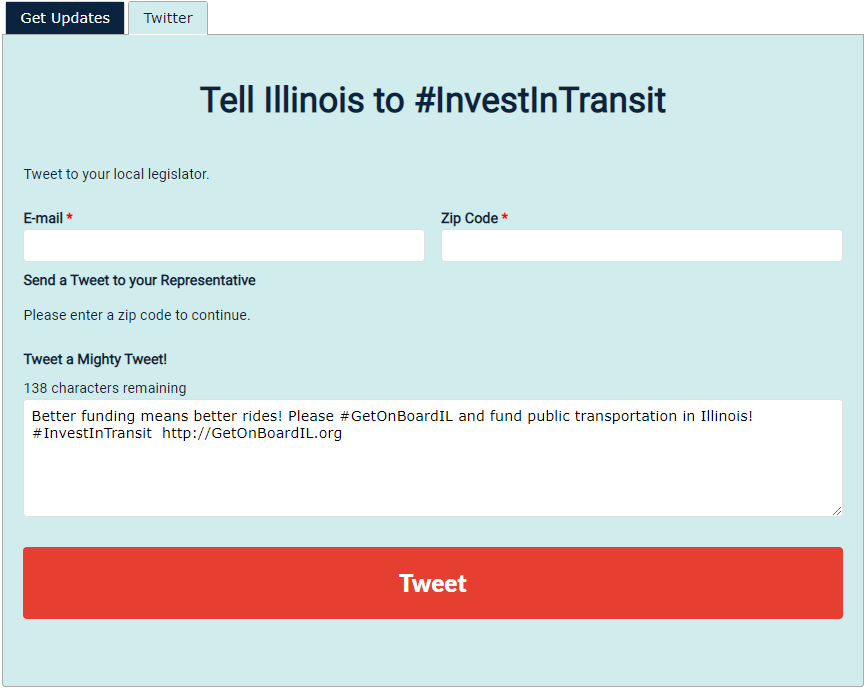 Here’s why this one-two punch of tools made this campaign so effective:

The Power of Social Media

To further broaden the reach of the campaign, the RTA used the hashtags #GetOnBoardIL and #InvestInTransit throughout the campaign — and guaranteed even more eyeballs and conversions with a paid Facebook advertising campaign.

Prospective supporters were targeted on Facebook and delivered ads directing them to the two New/Mode actions. The total time between ad delivery and the action-taker signing up and sending their tweet? One minute.

Shortly after the campaign launch, Governor J.B. Pritzker signed a historic multi-year capital bill called Rebuild Illinois that ended the state’s decade-long tenure without a capital bill and ushered in the largest infrastructure program in its history. Together, the voices of the RTA and its rides were heard loud and clear.

1 bill ushering in the largest infrastructure program in history